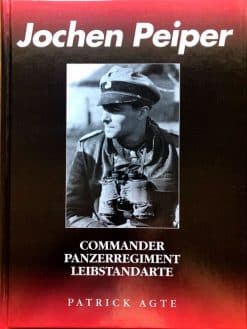 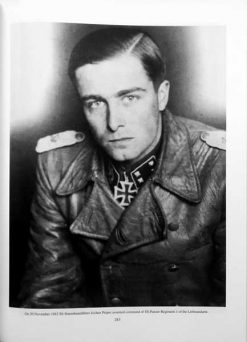 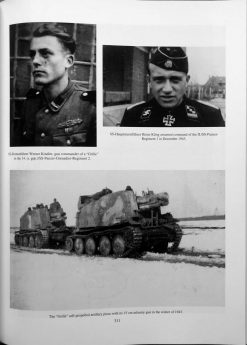 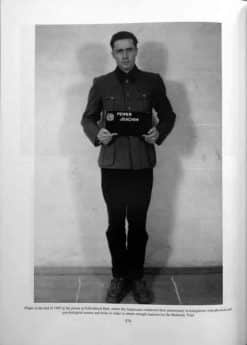 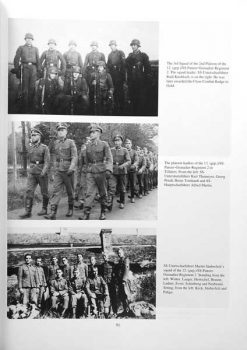 Only 1 left in stock

Patrick Agte, the accomplished author of Michael Wittmann has exceeded even his previous high standards of scholarship and research with this superb biography of one of Germany’s foremost Panzer commanders. This book is packed with information and first-hand accounts. The full details of Peiper’s outstanding military career and controversial death. This is the definitive work on Peiper, covering his early life through actions in France as a company commander and then, in succession, command of III./SS-Panzer-Grenadier-Regiment 2 and SS-Panzer-Regiment 1. Follow Peiper through some of the toughest fighting of the war. The book also exhaustively chronicles post-war trial for participation in the Malmedy Massacre, his incarceration and death sentence at Landsberg and his attempts to establish a civilian livelihood after his release. The book finishes with an exhaustive account of Peiper’s murder in 1976 at the hands of French communists.

Author’s Foreword
Preface
Introduction
The Peiper Family Origins
Peiper’s Youth in Berlin: 1919 to 1935
With the SS-Verfügungstruppe, Officer Candidate Course in Jüterbog: 6 January to 24 April 1935 At the SS Officer Academy Braunschweig: 24 April 1935 to 30 March 1936 In the Leibstandarte SS Adolf Hitler: I April 1936 to 4 July 1938
On the Staff of the Reichsführer-SS: 4 July 1938 to 18 May 1940
The Campaign in France: 18 May to 21 June 1940
Return to the Staff of the Reichsführer-SS: 21 June 1940 to 4 August 1941
Peiper on the Eastern Front: 4 August 1941 to II July 1942
The Leibstandarte Transfers to France: 12 July 1942 to 11 January 1943
Peiper Becomes the Commander of the III. (gep.)/ SS-Panzer.-Grenadier-Regiment 2 “LSSAH”
In Action at Kharkov: 27 January to 29 March 1943
The Capture of Belgorod on 18 March 1943
Rest, Refitting and Training: 29 March to 4 July 1943
Operation “Citadel”, the Kursk Offensive: 4 July to 17 July 1943
Plans and Preparations for the “Citadel” Offensive
Beginning of “Citadel” Offensive: 4 to 17 July 1943
The Leibstandarte in Italy: 5 August to 24 October 1943
The Third Time on the Eastern Front: 15 November 1943 to 1 February 1944
Peiper takes Over the Panzer Regiment
Operation “Advent” and the Fighting up to January 1944
Operation “Watutin”: January 1944
The Oak Leaves for Peiper
SS-Panzer Regiment 1 in Action without Peiper: February to April 1944
Reorganization of the Panzer Regiment in Flanders: April to June 1944
Invasion: In Action at the Scheldt Estuary: 6 to 17 June 1944
In Action in Normandy: 30 June to 20 August 1944
Operation “Goodwood”: 18 to 20 July 1944 Fighting South of Caen: 2 I to 24 July 1944
Operation “Spring” and the Fighting South of Caen: 25 July to 7 August 1944
SS-Panzer Regiment I (without Peiper) in Operation “Lüttich”: 7 to 9 August 1944; The Falaise Pocket and the Fighting During the Retreat through France: end of August 1944 Reorganization of the Division Within Germany: September to November 1944
Preparation for the Ardennes Offensive: 18 November to 15 December 1944
Preparations and Mission Assignment for the Ardennes Offensive
Ardennes Offensive: 16 to 24 December 1944
Panzergruppe Peiper in La Gleize: 21 to 23 December 1944
Breakout from La Gleize: 24 to 25 December 1944
The Panzer Regiment in Action under Poetschke at Bastogne: 28 December 1944 until 12 January 1945 and Observations
Jochen Peiper Receives the Swords to the Oak Leaves Short Rest and Refitting and Transfer to Hungary: January to February 1945
Operation “South Wind”, Smashing the Soviet Bridgehead on the Gran: 17 to 24 February 1945 Operation “Awakening Spring”, The Lake Balaton Offensive: 6 to 14 March 1945
Fighting Withdrawal in Hungary: 18 March to 1 April 1945 The Fighting Against the Soviets on German and Austrian Territory: 1 April to 8 May 1945
American Captivity: 22 May to 21 August 1945
The Interrogations
The Trial: 16 May to 16 July 1946
Prison Years in Landsberg
Peiper’s Life After His Release In France
An Evaluation
Peiper’s Own Book Documents