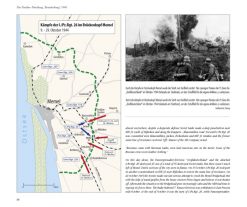 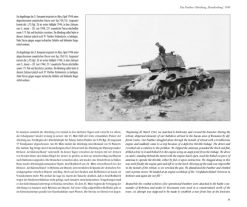 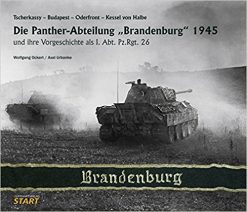 The story of the Panther Battalion Brandenburg and its history as I Battalion, Panzer-Regiment 26 played out against the background of collapsing fronts in the final 18 months of World War 2. The reader is immersed in the fighting withdrawals in the landscapes of southern Russia and Romania, the battles on the East Prussian border and the Baltic States. He is encircled with the battalion at the Memel bridgehead in late 1944 and experiences the relief attempt towards Budapest in late 1944/early 1945. Finally, in February 1945, follows the transfer of the newly renamed battalion to the Oder Front near Küstrin, where the Panthers were one of the last Panzer battalions opposing the Russian drive to Berlin. The descriptions involve the reader not only in the battalion’s actions but the overall events at the Oder in the final weeks of the war. He directly experiences the collapse of the entire Oder front, the retreat and destruction in the Halbe Pocket. The descriptions are so vivid and compelling that one cannot escape the drama of the events. Whoever wants to understand what happened can take a journey through time with this book.

Based on ten years of research, this is a book that eclipses many other books about Panzer units and the final months of the war. More than 200 action photographs from every front, almost all of them previously unseen, and 27 colour maps supplement the text. Panther Battalion Brandenburg is a unique documentation that, once again, took advantage of the opportunity to allow the last eyewitnesses to have their say.

This is the latest reprint, with 16 extra pages and 21 more photos!

Introduction/Foreword
1942-43 – The Creation of the I. Abteilung Panzer-Regiment 26
Action in the Southern Sector of the Eastern Front
Action in the Baltic States and the Memel Bridgehead
Rest and Refit in the Reich and the Battle before Budapest
Formation of the I. (Panther) Abteilung Panzer Regiment ‘Brandenburg’
The I. Abteilung Panzer-Regiment ‘Brandenburg’ Arrives at the Oder Front
The Battle for Klessin Strongpoint
The Fighting in the Oderbruch
The Soviet Offensive
In the Halbe Pocket and the Breakout to the 12.Armee
Bibliography 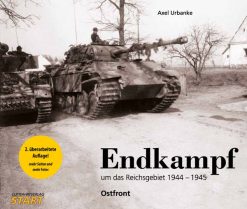 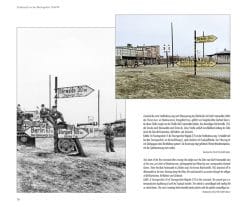 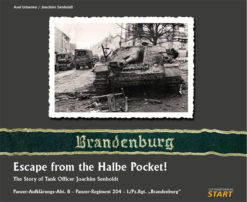 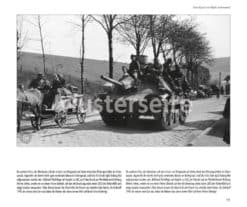