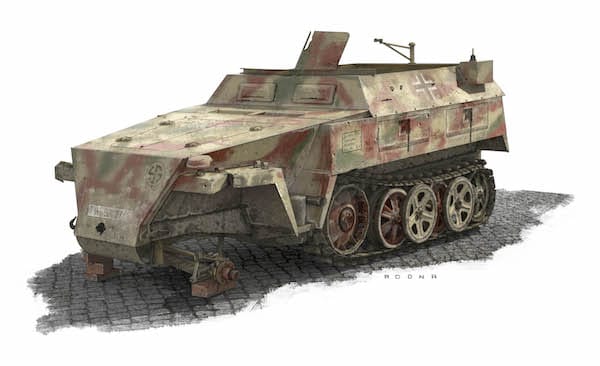 It all started in early 2015 when I was contacted via the Panzerwrecks Facebook page by an unknown artist named Felipe Rodna, offering to create colour profiles. Discussions ensued, but the late Bill Auerbach was reticent, so the idea of including his artwork was shelved. Fast-forward to late 2015, when I was laying out my […]

END_OF_DOCUMENT_TOKEN_TO_BE_REPLACED
Join the Waiting List for this book We'll email you when the book is in stock. Just enter your email address in the box below. This is not a pre- or back-order, and no payment is taken.